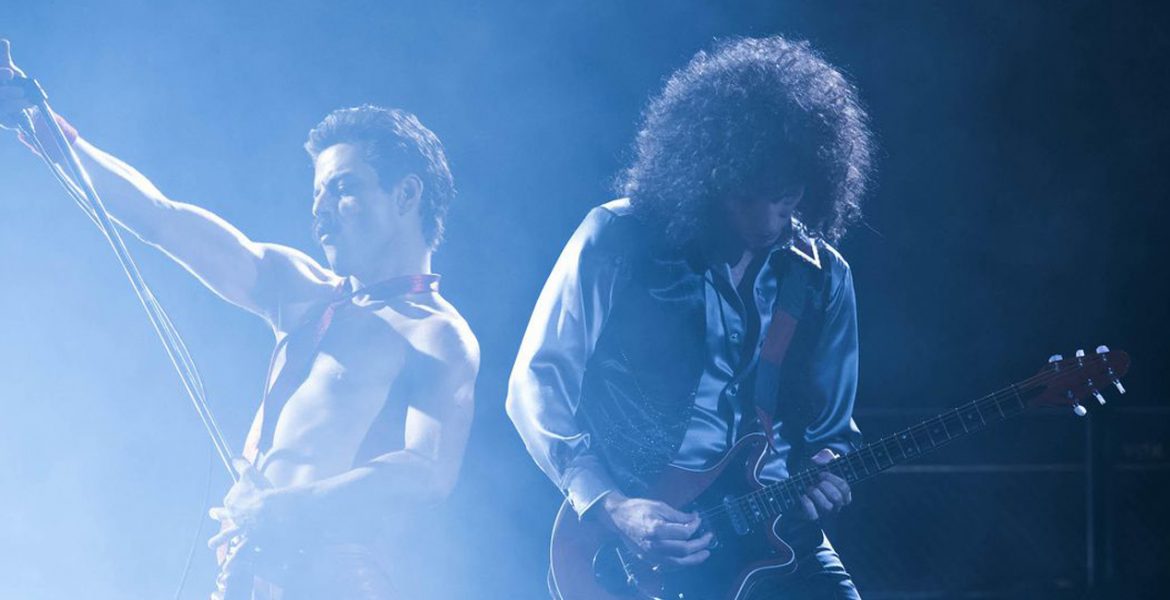 An honest review of Bohemian Rhapsody

A few days ago, I finally watched Bohemian Rhapsody after hearing lots of great things about it. I did like it, but to be honest, I think it’s overrated. Let me explain why.

The story
Bohemian Rhapsody tells the story of Freddie Mercury and Queen. From the moment he “meets” the band, untill the best achievement of the band: Live Aid in 1985. Freddie getting engaged, Freddie getting sick, the band breaking up. We see all of it. But you know what, not all of this really happened. That’s why I typed “meets”.

Analysis
A few things about this movie are sensationalized. A few big things, actually. This upset me. Freddie knew Roger before seeing the band play, they worked together at a market stall in 1969,while they shared a flat. Also, later on in the movie, we see Paul Prenter getting fired before Live Aid and he didn’t tell Freddie that Queen was asked to do Live Aid. Paul Prenter was fired, but in 1986 (the year following Live Aid) after throwing an out-of-control party. The part where he didn’t let Freddie know about Live Aid was also made up. And speaking of the whole Live Aid thing, Freddie Mercury didn’t know of his AIDS until 1987, two years after Live Aid.

I get that these plot points make a great movie, but it might have been better if they stuck more to the truth. The changes between the movie and the actual story are quite big.

But, except for the part that I’m disappointed that they sensationalized the story, the movie was still enjoyable. Even though I wasn’t alive during Queen, the band was a big part of me growing up. I’ve got a little story to tell you: My brother and I held disco’s when we were little. Entire Saturday afternoons in his disco lights all around, dancing to all kinds of music. Imagine six and eight year olds doing this. Our favorite CD was a double CD of Queen: Queen Greatest Hits. Queen was played every single time. About two years later, our father built a treehouse. Our bedroom discos were upgraded to treehouse discos. And finally, our disco’s stopped but the Queen CD didn’t. New: Radio Boomhut (Radio Treehouse)! Our ‘radio show’ (we only played for ourselves, obviously) started with the tune of Radio Gaga but we sang Boomhut instead of Gaga. I have very fond memories of these events.

And now off to the movie itself! You know, except from the big changes in the movie, I am glad that I’ve seen it. I wouldn’t have missed it, the story behind the band, behind the songs. Behind the most recognizable song ever: Bohemian Rhapsody. I want to start of with the actor that played Freddie Mercury, Rami Malek (who, turns out, once played in Twilight. He did a great job portraying Freddie and I have to admire his (and the team’s) dedication. Every tiny, little move. All done with precision. Even to the winks Freddie gave. Months of preparing and practicing, to get every detail right. Rami even sang (although it was mixed with Freddie’s and Canadian singer Marc Matel’s voices) and played the piano. You know, that bit when he’s in bed with Mary and plays a bit of Bohemian Rhapsody, upside down? He did this all himself, which is really hard to do.

Conclusion
In conclusion, all I can say is that I’m glad that this movie was released, but it wasn’t a masterpiece like some people are saying. I don’t want to say that the movie is total rubbish because of some facts that weren’t quite right, but I don’t think it should win an Oscar for Best Picture. Therefore, I’m giving it a score of 7/10.