Must-watch: To all the boys I’ve loved before

Netflix is releasing lots of romantic movies lately. I’ve talked to you about The kissing booth, I’ve seen Set it up and the newest one is To all the boys I’ve loved before. And that’s exactly what I want to talk about today.

I guess everybody has had crushes on people. Lara Jean did too. She wrote al her crushes letters – but she did not send them. She wrote the adresses on the envelopes and put them away where she hoped nobody could find them. Unfortunately, that did happen. Lara Jeans little sister, Kitty, found them AND MAILED THEM to the boys. Oh my god, why the F would she do that? It turned out to be a great move.
Lara Jean has had a crush on her neighbor, Josh, for some time. On problem: He is dating her older sister, Margot. When Margot moves abroad and breaks up with Josh, Lara Jean is probably thinking that the way to Josh is free for her. Things get even more complicated though…

When the letters get mailed by Kitty, Josh gets one, Lucas gets one, John gets one and Peter… Peter Kavinsky is super cute and stuff, but he is dating Lara Jeans ex-best friend, Gen. Gen’s a bitch.(Excuse my language but she really is.) Anyways, Peter gets a letter too and talks to Lara Jean about it. She tells him that her crush nowadays is Josh and together they start a plan: They’re going to fake date. Josh will get jealous and so will Gen. Great plan, you think? Think again, things will get even better.

This movie has got the best IMDb rating of the movies I’ve briefly mentioned at the start of this post. This one gets a 7,7 and fully deserves it. The kissing Booth was a little too cliché, Set it up was predictable and this was a bit of both- but obviously better than the other two.

Here’s the trailer so you get to swoon over Peter Kavinsky AND PLEASE GO WATCH THIS GREAT NETFLIX ORIGINAL!!

And here are some pictures and gifs of Peter so you get to swoon even more. You’re welcome. (There may be some spoilers!) 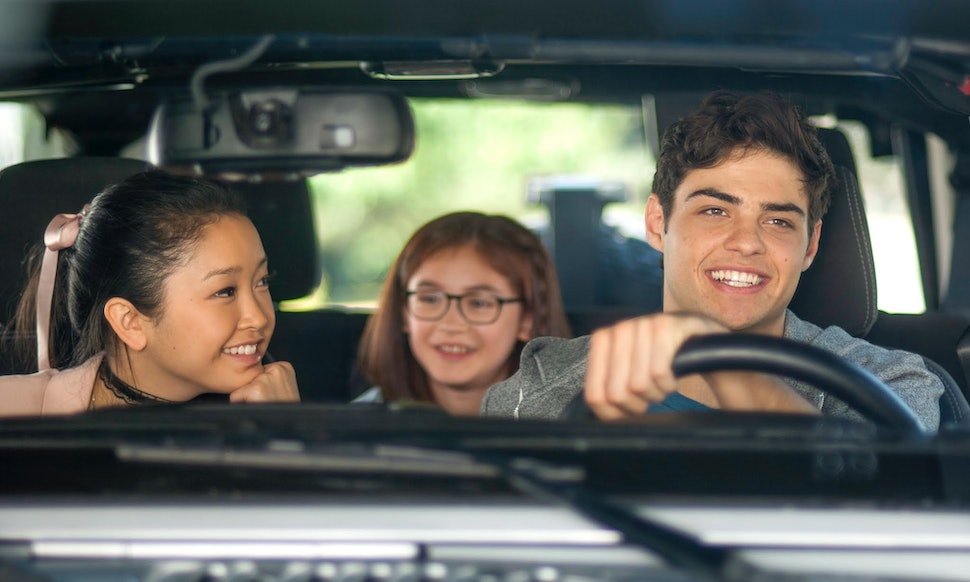