The Truman Show (and its shadow) 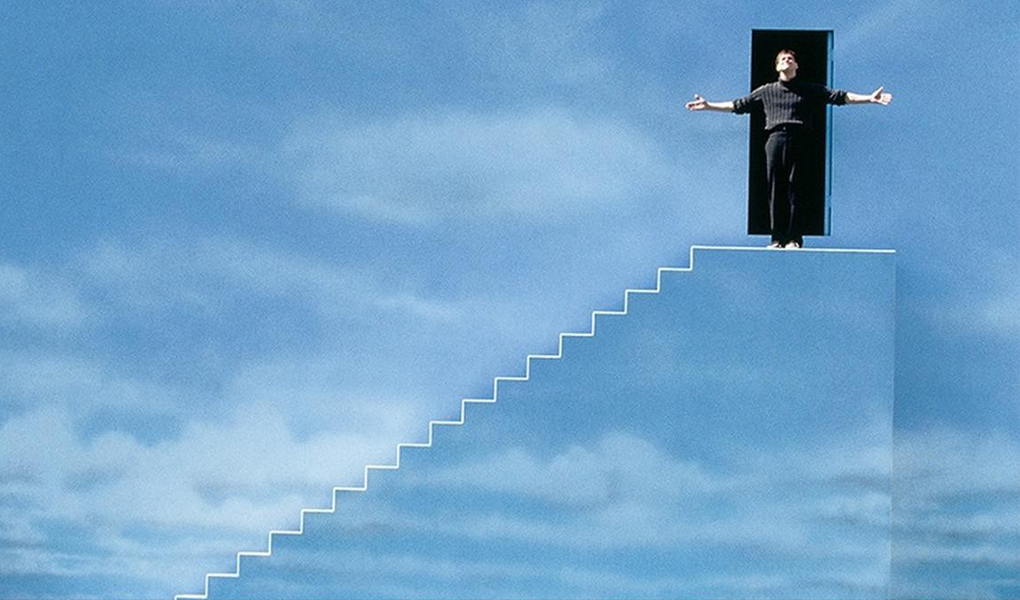 The Truman Show has been on my to-watch list for a fairly long time. Last Saturday, I finally got to tick it off my list. And boy, why didn’t I see this one before? The movie left a great impression behind and I will definitely watch this one again. Today, I want to talk about this movie and the truth in the moral of the story. Have fun reading this!

Truman Burbank lives in an idyllic town called Island. Truman lives a pretty normal life – he works at an insurance company and has a wife and a few friends. At one point, he feels like something is off. Slowly, he finds out this his life is fake: everything and everyone but him is staged around a TV show called The Truman Show. This show is watched by millions of people worldwide, since the day he was born.

A few things made this movie great. First off, the originality. We have seen movies where people are being watched, but not like this. Truman is a normal person, but everyone around him isn’t. The movie specifies itself as drama, but there was also humor in it.

Talking about the humor. Because of the TV show, there is lots of product placement. For us, as partly viewers of the show, it’s normal. But try standing in Truman’s shoes: Imagine talking to your wife and she starts selling coffee to you. In reality, she’s obviously selling it to the millions of viewers.

And Truman, being a pretty ordinary person, likes to talk to himself. One scene, Truman talks to the mirror but draws on the mirror with soap. This way, not only he sees himself as an astronaut, but the millions of viewers do because he isn’t aware of the camera’s in the mirror.

Apart from the bits of humor in it, the movie was mostly drama. Drama can be pretty boring, but this one was interesting. Truman’s father died, Truman being afraid of the water, Truman having marriage issues: It’s all in it. But none of it was boring. They tried making the drama fun by adding the bits humor into an interesting story, and it worked great.

Jim Carrey, mostly known for his witty roles in movies like Dumb and Dumber and Ace Ventura, tried changing his image to a serious actor with this movie. He said that it was the best script he’d ever read. It really worked, he showed that he could do it all. He still could improvise, like he always does. The scene with the mirror and the bar of soap of which I talked about earlier, was totally improvised.

Jim Carrey wasn’t the actor nominated for an Academy Award, Ed Harris was. He played the director of the show, whom we didn’t see until about halfway into the movie. He really got his director thing going, with all the stress and the good/bad choices that come with it.

And Laura Linney, whom I mainly know of Love Actually, plays Truman’s wife. Her character was great and her acting was, too. Noah Emmerich played Truman’s best friend, Marlon.

This movie was made in the when technology was still developing. I feel like now, this movie is more than ever. Camera’s everywhere, social media follow the things we do and lots of TV shows nowadays are . We might not be completely controlled by other people, or at least not notable. Like Facebook: They track everything you do to give you the best advertisement, that you buy things you never know you needed. The Truman Show was made in 1996 but technology has developed a lot since , that things are getting more likely to happen in reality.

Our mobile phones keep watching us, wherever we go, just like The Truman Show. If you take a look at https://www.google.com/maps/timeline?pb, you can see where you’ve been. Almost everyone has the urge to post on social media where they’ve been, but have you actually thought about the other people who are able to see this? The entire moral of the movie is amazing, it really made me think.

There have been people that felt like they were watched and controlled by a TV show, and there’s even a name for this: The Truman show delusion (or Truman Syndrome). Although it’s not officially as a syndrome, it really is something. Over 40 people have reportedly said that they thought that they were filmed, controlled and commented upon by a TV audience.

I recommend everybody to go and watch this movie. The originality is great, the actors are amazing and the moral of the story is excellent. This moral is a bit scary though, but it shouldn’t ruin the fun of the movie for you.

Good morning. And in case I don’t see ya, good afternoon, good evening and good night!

1 thought on “The Truman Show (and its shadow)”