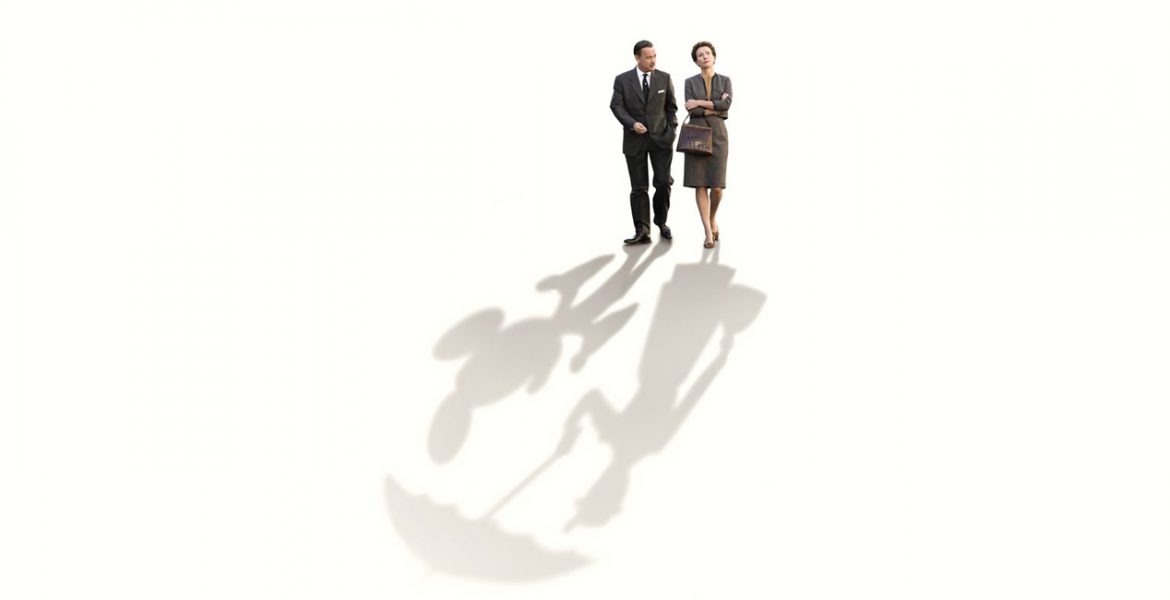 Mary Poppins wasn’t born in one day. The movie was a huge hit when it came out in 1964, but the way towards it was hard. The books were published from 1934 until 1988. For over twenty years, Walt Disney tried to convince the author P.L. Travers to make a movie out of the books. This movie tells the story of the making-of of Mary Poppins, which wasn’t very easy. It’s a drama full of flashbacks that gives you an explanation where the story comes from.

Short summary
Pamela (P.L.) Travers is in financial need. Walt Disney has been trying to convince her to make a movie out of the books and she’s always said she really doesn’t want this to happen. When she finally gives in, she gives Walt very specific requirements: No musical, Mr. Banks shouldn’t be portraited cruel, there should be absolutely no animation and Mrs. Banks doesn’t look like she wants her to look. Walt and his team of songwriters and scriptwriters keep trying to convince her, but her past keeps getting in the way.

Half of the movie consists of flashbacks, the other half is in the ‘present’ (the 1960’s).

Don’t expect a feelgood movie, the movie is filled with family drama and P.L. Travers isn’t what you call an ‘easy person’. She doesn’t like to have other people around her, she doesn’t like Walt and her childhood is part of all this.

The story
The story isn’t what you call a standard movie. It’s part biography, part showing the the Mary Poppins movie. This combined makes a great movie, nothing like I’ve ever seen before. Everybody knows Mary Poppins, almost nobody knows P.L. Travers. The fact that her life is, and never was, normal, makes the movie even more special.

The actors
Emma Thompson as P.L. Travers, Tom Hanks as Walt Disney, Colin Farrell as : a star-studded cast! I’m used to Emma Thompson not having typical roles, and I’ve always known she’s great at acting. This role proves this even more! Tom Hanks is one of my favorite actors (I guess second to Eddie Redmayne), and he has a huge resume. This role, Walt Disney, is particularly well done. Tom really looks like him (Fun fact: Tom is a distant cousin of Walt!) and plays great as ever.

The
P.L. Travers’ life has been anything but normal. The flashbacks prove this. She grew up far away from her home in London, in a family where her father was her favorite person. The father, however, had some problems himself. The similarities between the stories of Mary Poppins and the author’s life are astonishing.